I have written a few E-Books which are available for purchase.  As I publish more I will add them here, so please check back occasionally.  Please read the excepts from my books and then choose your book for purchase by clicking on the buttons below:

Why Judge a book by its cover?

In today’s society people tend to judge people by looks instead of what’s inside. Women seem to prefer tall, handsome men to overweight men. A recent Jenny Craig advertisement had an overweight man are depicting how he lost weight to find a girlfriend, but there are no centres I can go to solve my problem. Anorexia is another I am that affects people trying to improve their image.

Pursuit of a Killer 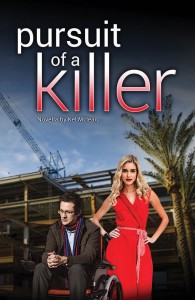 Police arrived at a murder scene where a dead man’s body had been discovered in bushland, two officers cordoning off the area around the body. Det. Sgt Bedford and Const. Woodall reviewed the scene. The deceased was a male in his mid-fifties. One of the detectives reached into the deceased’s pocket for his wallet and found a driver’s licence and a business card.
“Perry Holden, of Holden and Wallace Associates, Accountants and Property Development,” announced Cons. Johnson.
“Contact Mike Wallace and break the news to him,” directed DS Bedford.