Tuesday May twenty eighth I traveled from my place to B-Transformed gym for my weekly work-workout. I went along Barolin Street in my motorized wheelchair past Hinkler Central Shopping Centre which was re-reopening after January’s floods. Cars were parked as far as Bundaberg Chainsaws and Mowers. I heard Channel seven’s sports journalist Pat Walsh announcing The Queensland Maroons State Of Origin team to the vocal crowd.

After I completed my arms and legs exercises at the gym my support worker and I took a stroll down town, there was more people in the main street as usually including school students. Loud cheers and screams could be heard as the Maroons team bus rolled down the street and stopping near the Central Hotel. The screams of fans increased as the players and coaching staff dismounted the bus where they signed autographs and had photos with fans. When I was nine the Souths Club in the Brisbane Rugby League competition visited Bundaberg and my twin brother and I got photos with a young Mal Meninga. Thirty one years later another photo was taken of The Maroons coach and me. Meninga was pleased to return to the flood effected city to boost spirits and donate raised funds towards victims. Weaving through the maroon supporters I managed to be photographed with Brisbane Bronco’s captain Sam Thidai. Unfortunately I missed a chance of being photographed with the number one full back in Australia, Billy Slater who was wisked away in a police car to Shalom Catholic College for a luncheon. One of my friends who was attending the luncheon had hopes of meeting Billy because she’s a enthusiastic fan of his.
The trip to the Rum City was first day of their campaign to make it eight series straight wins against arch rivals the New South Wales Blues. After the last signing session at Salter’s Oval, the origin team departed for their training camp at Coolumn on Sunshine Coast where they’ll prepare for Game one of three in Sydney on June five. Go Maroons! 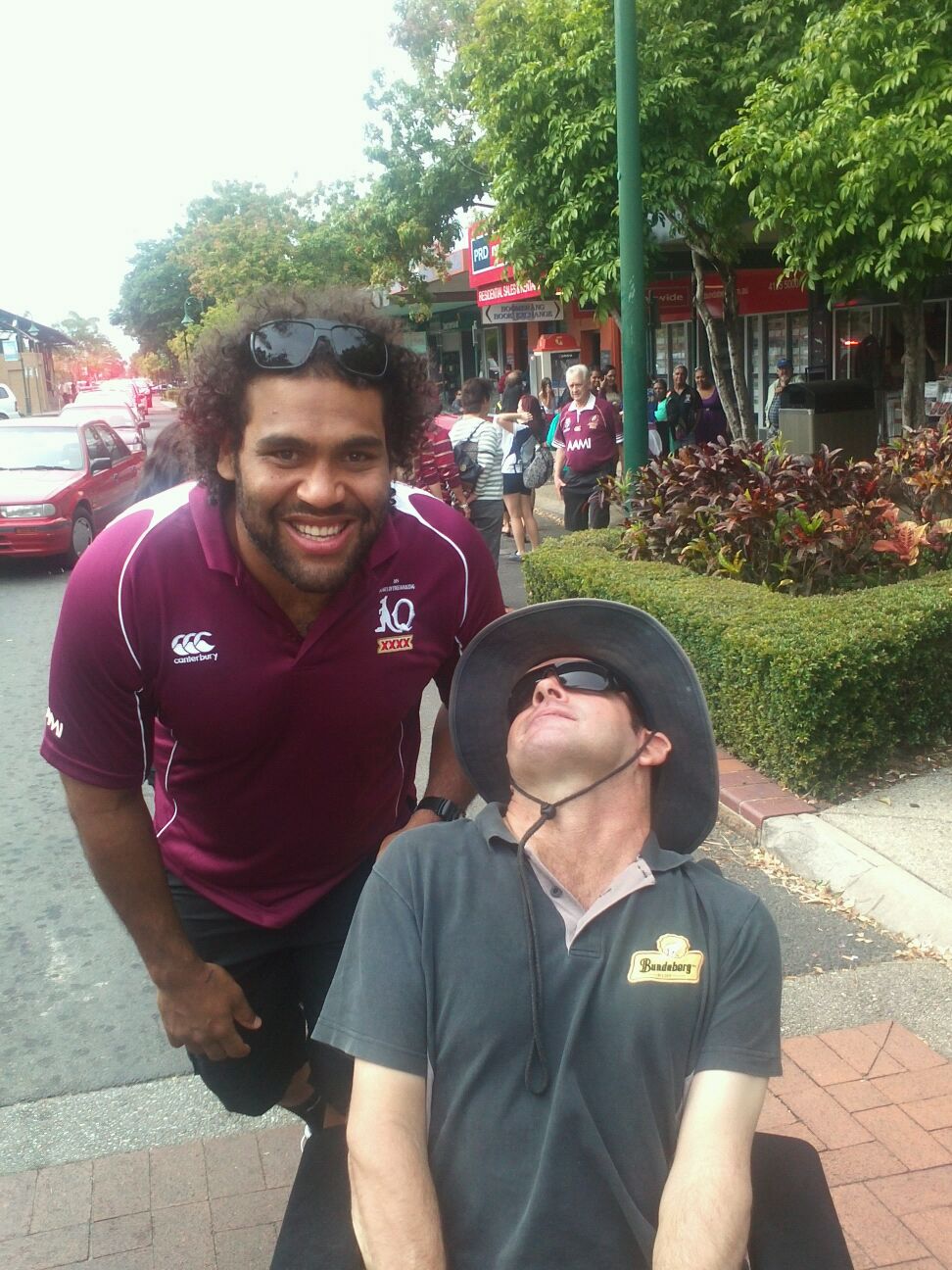 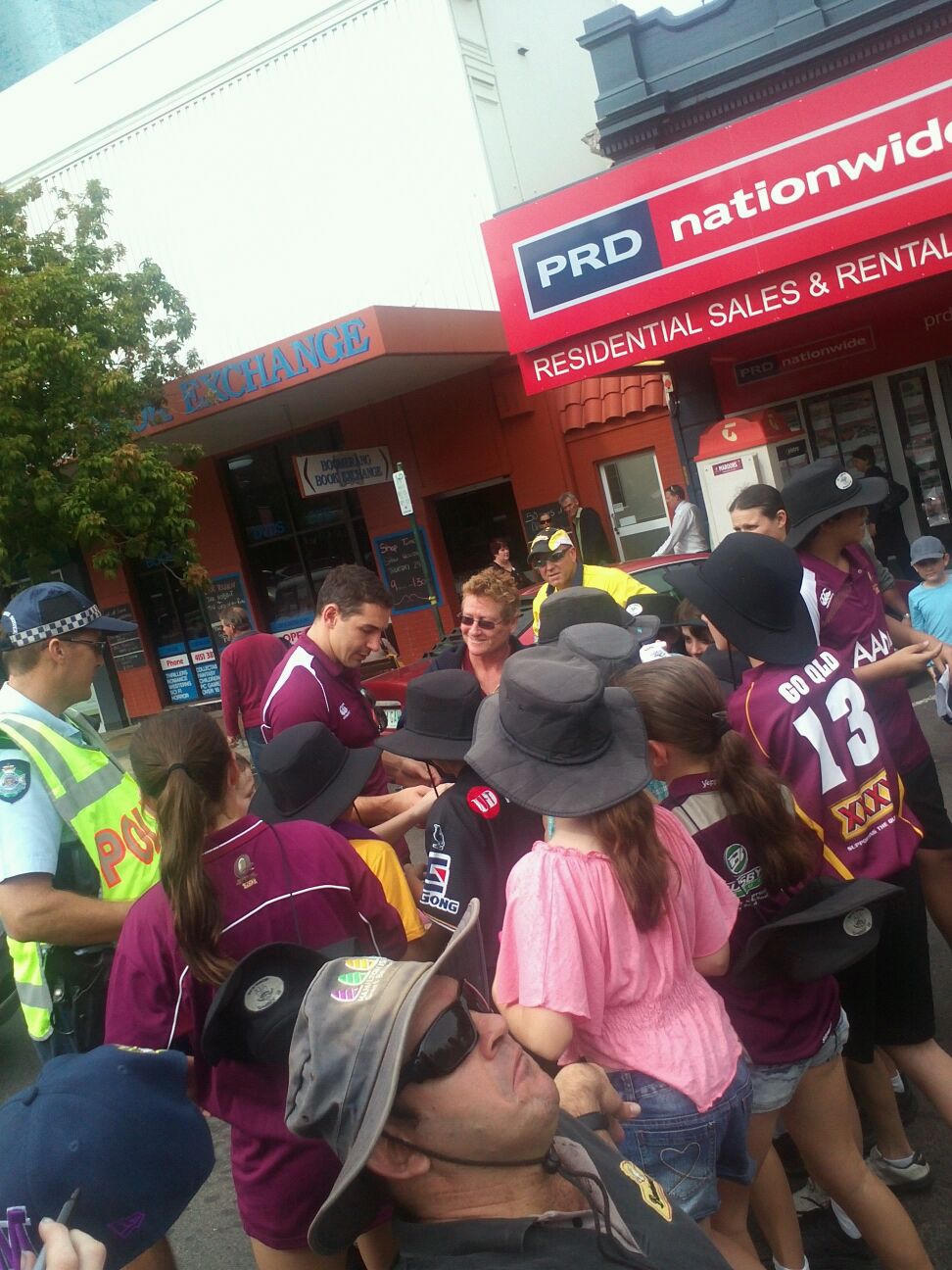