Saturday October 29th 2011 I attended the second annual Lighthouse Festival at Burnett Heads near Bundaberg.  V8 Super ute driver Kenny had a display of 2 utes which raced in the super ute series. Kenny handed me one of his caps and shook my hand.

My support worker, Vicki and a couple of friends assisted me into the ute and I went for a drive (pretend) , I picked up a hot chick along the way.
Vicki and I explored what the festival had to offer, such as fishing gear and boats, arts and craft, jewelry and a wide range of stalls and more.   The kids were entertained with games, rides, face painting and some characters from their favorite shows.

Slim Dusty used to sing about a pub with no beer, I attended a bar with no Rum. The XXXX tent only sold beer, so I had to drink the amber fluid…  I caught up with an old mate from Apex. We watched the bands, singers and other entertainers on stage. Former Bronco and Qld Origin great Kerrod Walters walked into the tent for a beer, and was available for a chat with people. He came over and spo 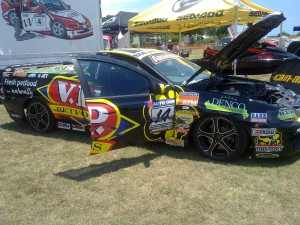 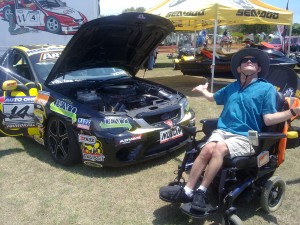 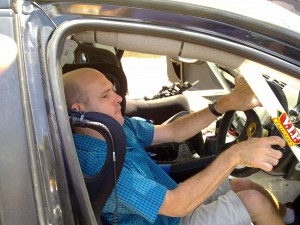 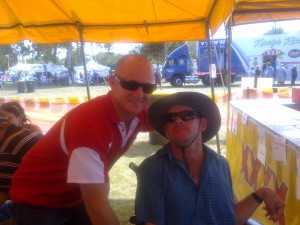 ke to me and we had photos taken.