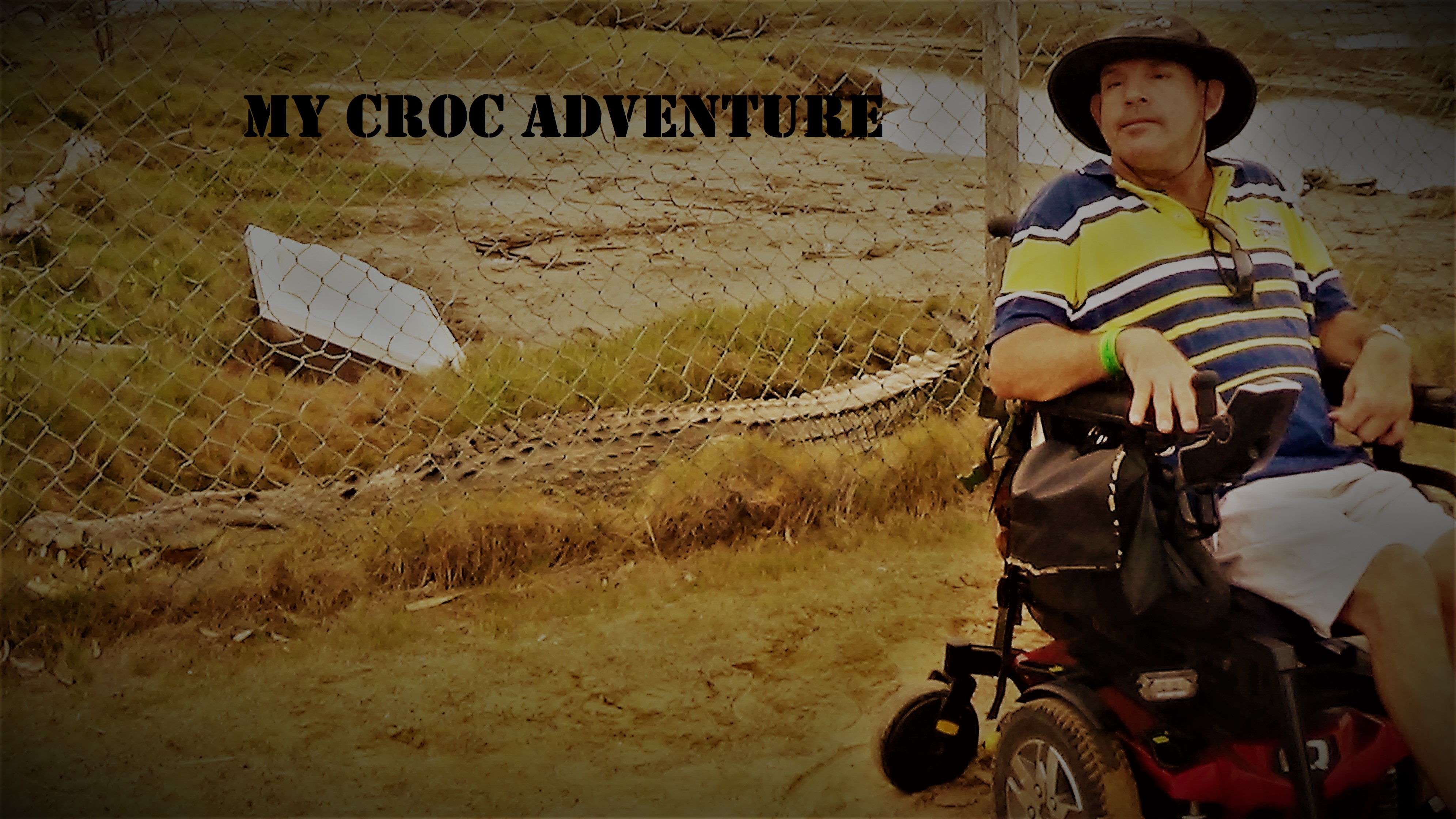 On March 16th my support worker Chelsea and I visited the Koorana Crocodile Farm at Coowonga.  We attended the 1pm tour; there’s a 10.30am tour as well.  The tour guide first informed the visitors about the history the farm which was opened in November 1981.  The farm had 100 crocodiles, but has multiplied to over 5,000 today. 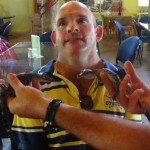 The oldest crocodile at the farm is one at 103 who is enjoying his retirement in a private home down the back.  The tour guide collected a couple of eggs from the nest, brought them back and we witnessed 2 baby crocs hatch.  After the theory demonstration we toured the farm and got close but not too personal with the reptiles. 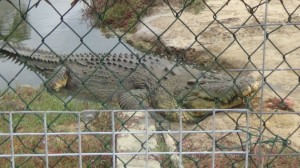 You may ask how close?  There was a wire fence between us and the crocodiles.  The tour guide threw some meat as a demonstration to show how high they can jump.

There was a croc who lived in the Bundaberg Zoo, an idiot broke into the zoo and let the crocodile out. Now the croc is in an exhibit at the farm. Another crocodile was named after a Queensland league legend “Alfie Langer”. There must have been overseas tourist there because I was the only one that knew who Alfie Langer was. 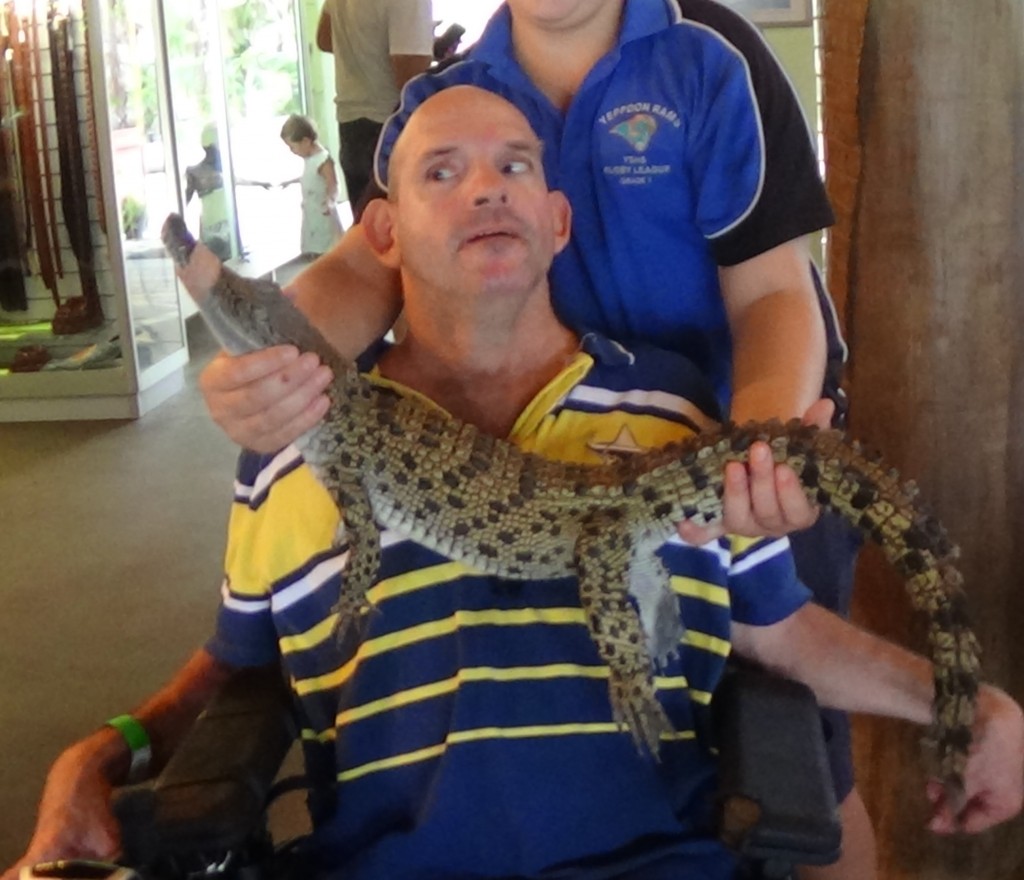 My magnificent adventure ended by having a couple of photos with a young crocodile.

Previous: Drought Relief with Tony Cook
Next: My Day out at the Biloela Show