The Attitudes Toward Premature Death

The other evening while watching the news as my support worker was feeding me my dinner a story regarding Flight MH-370 which crashed into the southern Indian Ocean, from Perth came on.  My support worker said 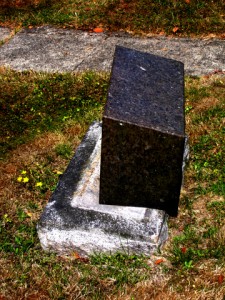 something like, “That’s why I don’t go on planes overseas much, because they could crash into the ocean.”   It fascinates me when people say things such as that.  The worker goes fishing in ocean, there had been news stories where boats had overturned and in some cases fishermen had drowned.  It  seems people’s reaction to accidental death can be different depending on the circumstances.

Early this year protest rallies were held in Western Australia and throughout Australia over the W A’s governments policy of culling sharks because  seven people were killed infatal attacks in three years.  Premier of W  A, Colin Barnnett said that the government had to do something to stop the deaths.  Is seven deaths in three years enough to warrant such action?  When the road toll in W A last year was 163 which was the second lowest toll in W A in recent years.  Why does 7 deaths in 3 years take precedent over one hundred and sixty three in one year.  Road Safety adverts which reminds people to drive safe on the roads,  are a major factor in keeping the road toll down.  Why can’t an advertising campaign work to educate the public to be aware of sharks?

Smoking cigarettes is a major cause of lung cancer which kills around fifteen thousand Australians each year.  There are adverts to remind the public smoking kills, the advertising is on cigarette packets that the Federal government implemented .  But the government won’t impose a ban on cigarettes despite overwhelming evidence smoking is a health hazard.  The debate regarding the outlawing of cigarettes is a very complex one.  As I’ve mentioned smoking cigarettes is terrible for your health and thousands die every year from lung cancer.  On the other hand, cigarettes would be an illegal drug similar to Cocaine or Speed.  The price would probably skyrocket  in illegal trade which attracts illegal activity.  And consider if cigarettes were no longer  legal, imagine all the mayhem with illegal ventures that could happen.

The major cause of prenature death in Australia is suicide.  Statistics released by the beaueru  of statistics shows that two thousand five hundred and thirty five people took their own lives in 2012.  Nineteen hundred and one of those were men.  To see the full facts about suicide go to http://www.mindframe-media.info/for-media/reporting-suicide/facts-and-stats  Its a subject which uncomfortable to discuss but  we have to start caring more about people around us.  If there’s somebody that you think is unhappy, try to make them happy.  1901 men is a very alarming figure.  We all need to feel that  someone really cares about us.  Whether it be a parent, a friend, or your doctor.  We need to talk freely with them and hug them, and remind them life  is a wonderful thing.

Its good to be positive but sometimes unfortunately there’s nothing that anyone can say to stop someone taking their own life.   In February;  actress,  Charlotte Dawson appeared on Channel nine’s Mornings show one day,  she seemed to be fine but the next day she was found dead in her home.  She had a long battle with depression.    It would have to appear Charlotte could contact anyone to assist her but she must have felt there wasn’t anybody could help.    Suicide is the most complicated behaviour because we really don’t know how someone is feeling or what they are thinking.

We need to have sense of proportion when evaluating risk.  In the case involving sharks attacts, if people cull sharks because seven people were killed in three years, why  don’t we stop driving cars because a couple hundred people lose their lives each year?    A plane crashed into the ocean drowning everyone on board,  does fishermen stop fishing the ocean despite the possibility of rough seas which could cause them to fall overboard and drown?    You might never puff on a cigarette yourself but you could contract lung cancer from passive smoke.  My mate Ken Davis rode motorcycles for fifty years  and one Sunday he went for another ride with his mates.  Tragically, it was his last ride.    Life is a chance and a battle.  Lets hope there’s more fortune and less battle in yours.  And live one day at a time.

Previous: Redcliffe
Next: I met the best halfback